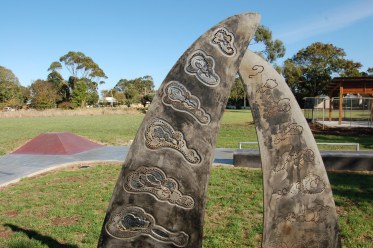 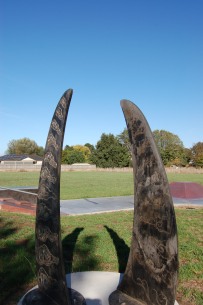 Skyway was commissioned by Moyne Shire in 2016 as part of their development of the Koroit Youth Space. The sculpture is the centre piece of a skate park that was purpose built for Koroit’s young crew after some pretty amazing lobbying by a young man called Mitchel Hughan. I developed the concept for the artwork over several months in consultation with  Moyne’s Manager of Recreation & Community Development as well as a conversation or two with Regional Arts Victoria’s Jo Grant, young Mitchel, and Nick Stranks from the ANU Sculpture Workshop. Jacquie is great. She is pragmatic and down to earth which allowed the process of developing this artwork to be a sincere creative process.

I wanted something that captured the colours of the sky when the south west’s clouds clear and everyone heads outdoors with a smile on- it’s a real phenomenon down here!

I distilled the concept into the idea of two wings or sails, as pictured above, that opened two the sky. My original ideas included coloured acrylic sheet and reinforced painted timber panels to bring colour into the artwork. The outdoor site required robust materials that could withstand the south west’s brutal elements and the inevitable energetic encounters with skaters. Continued deliberation about the durability of materials led me to stainless steel. 20mm thick stainless steel to be precise. I knew the craftsman that could help bring this work to life, Murray (Muz) Adams.

I met with Muz at his Wangoom workshop and we got talking. A big ol’ 1980s CNC machine sits in his workshop. These machines are used to cut pre-programed shapes/pathways into metals. Muz suggested that this machine could provide a unique way to create the sculpture’s surface. And so began the next evolution.

If the sculpture could not replicate the colours of the sky then I felt that it should interact with the sky itself. Instead of painted clouds I would now create clouds through tiny holes perforated in the steel plate which allow light through its dark surface. The wings would be aligned north and south so that the rising and setting sun in the east and west would strike their faces, and out the right time of the year align (think Stonehenge or Manhattanhenge or Melbournehenge for that matter). As the sun moves across the sky the shadows thrown from the two wings change creating a dynamic relationship between the sculpture and the land around it.

The conversation with Muz about the CNC process led me to think about how the clouds could be created as relief carvings of various depths into the plate. Playing around with clay helped this process.

From here began the long process of creating the digital drawings that could talk to the CNC machine. Each panel was to have 11 unique cloud formations that graduated in size from the top to the bottom, each to be plotted in a continuous “tool pathway” that would allow the CNC machine to churn away. It was a learning process to say the least. 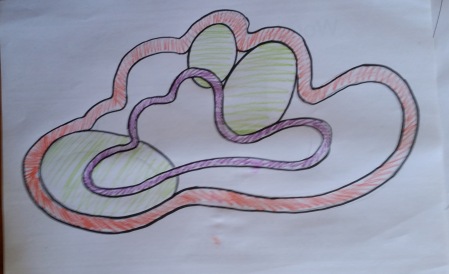 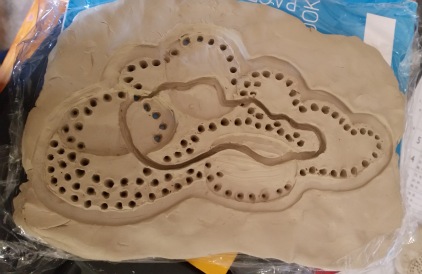 I sourced the steel from Surdex Steel Warrnambool, these guys were great- I cannot recommend them highly enough. They organised a generous price as well as plasma cutting and delivery as their contribution to the project.  Adam Thulborn from PM Design Group also saved the day by converting my messy files into something the plasma cutter could talk too.

The wings and bases arrived cut to size in Muz’s shed from which point he carbonised the steel which gave it a deep smokey surface. He then set the CNC in motion. As it cut the relief forms into the steel the under layer of shiny stainless was revealed creating a really cool contrast between the two surfaces.

There were around 3,000 holes drilled into the two wings. Turns out that drilling through 20mm steel plate takes time. Around 100hrs of machine time in this case- totally huge.

There were a number of hiccups, sagas, and learning curves along the way for Muz and I. The most notable of these was the kamikaze swan that flew into power lines taking out the workshop’s electricity just days before our looming deadline.

As the wings came off the CNC machine my job was to clean-up metal shavings left around the clouds to ensure that this beautiful tactile surface was totally safe for little fingers to touch. I used a dremal and about twenty small cutting blades to complete this. The final step was to use wax and a blow torch to put the finishing touches on the surface- Muz was the mastermind here but he let me have a play around. It was a fun way to keep warm on a pretty cold winter’s night!

As luck would have it wet weather prevented Skyway from being installed when the Koroit Youth Space- Skate Park opened in early July 2017. The ground was simply too wet to get the crane in. Skyway was instead lowered into position in under the careful instruction of Moyne Supervising Engineer Andrew Ottanelli in November 2017. 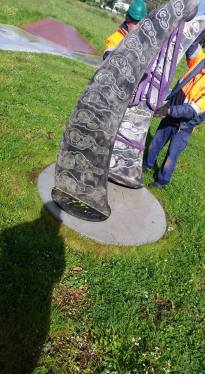 Once in place it looked like it had always been there. Muz and I had a chance to speak to Moyne Shire’s in house reporter not too long after- you can find that article and a pic or two here. 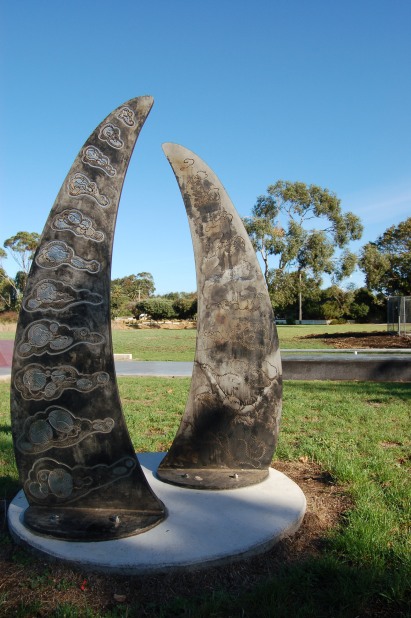