This work was installed with the help of Dave Mitchell and Murray Adams in early October last year. It was a real pleasure to make, and a real treat to finally have a reason to engrave images onto acrylic sheet.

Gene Garden from Corangamite CMA helped me to come up with the short list of creatures to illustrate. They include the River Black Fish, the rare Grayling, Southern Pigmey Perch, a Fat Tailed Dunnart & a Tree Fern, a Spotted Quoll (possibly my new favourite animal) & a Beech Myrtle, a Platypus, an Otway-Yarra Spiny Yabby (an exquisite creature), a Sugar Glider, a Small Burrowing Crayfish and a beautiful Royal Spoonbill. Each of these beings depend of the Gellibrand River ecosystem in the Western Otway Ranges, the same river system that provides water for the townships of Warrnambool and Colac. 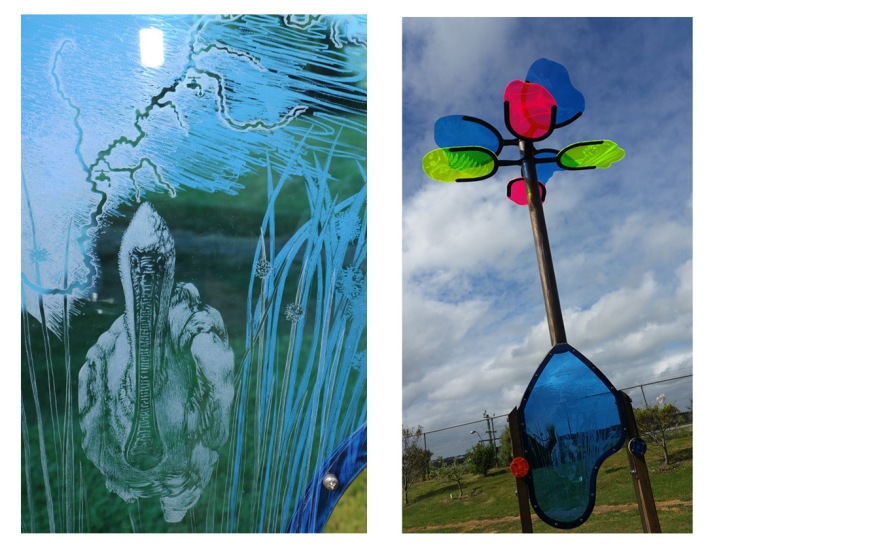 I was invited to make a speech at the opening, the following excerpt gives the best insight into the work. (Photo credits from that evening go to David Owen) 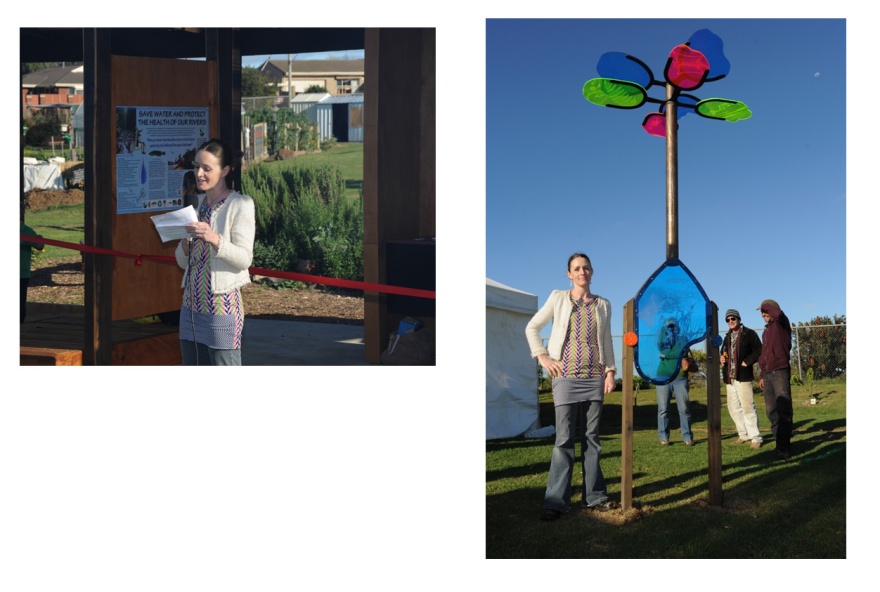 I replied to the EOI put out by Heytesbury Landcare in June because I found it’s goal of increasing understanding of where our water comes from fitted with work I had been doing in my own art practice.

In 2012 I began a Visual Art PhD that concentrated on the connection between the individual and the environment.

I spent the first year of my research looking at the landscape around here and around my childhood home in Murray river and Hume Weir country near Albury-Wodonga. I considered ideas about nature, I looked at the ways we have shaped the landscape and how it shapes us.

I spent the second year looking solely at my domestic home, looking at the different habits, interactions and activities that we do to create the dependable routines that produce the stability and security that we generally feel within our homes.

Whilst at first glance it may appear that these two areas of research, the landscape and the domestic home, describe separate spaces, what I actually found was the extent to which these spaces are utterly intertwined, and it was the very simple, very ordinary material of water that gave me the key.

I had drawn a picture of my bathroom basin with water running from its tap and a wave breaking out over the side of the basin- I had drawn the tap water clear and drawn the wave using the colours that we would expect to find out here in the southern ocean. This simple difference gave away underlying distinctions that I had made between my domestic home and the so-called natural world.

Around this time I came across a question posed by Canberra artist Marily Cintra “Do we realise that when we open a tap in Canberra we are diverting the river into our homes.”

I realized that this was a question that many of us here in Warrnambool should consider more carefully, many of us do not even realise that the Gellibrand flows into our homes.

My sculpture, which I have called “The Water Tower” makes reference to the humble domestic shower. Etched into each of the acrylic panels you will find just a handful of the many other species who make their homes in the Gellibrand and its catchment area.

Despite the top paddles looking as though they should move, they do not, in fact there is only one part of the sculpture that does move- the hot & cold taps on either side of the central panel.

When you look at the creatures etched and get that warm little feeling & awe at nature’s beauty this sculpture asks you to consider the primary that way that you already interact with those creatures- and that you please, bare them in mind you use the hot and cold taps in your own home. 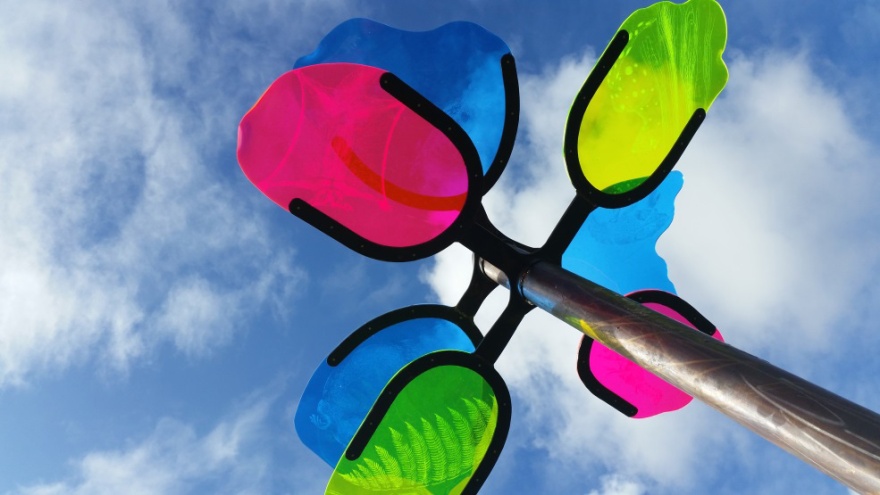