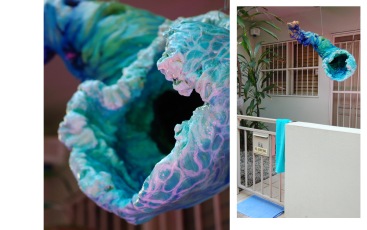 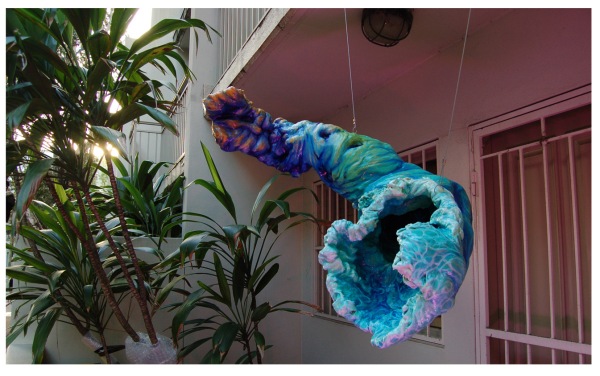 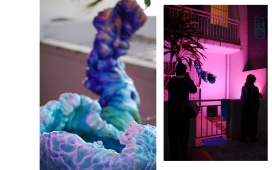 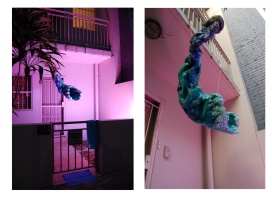 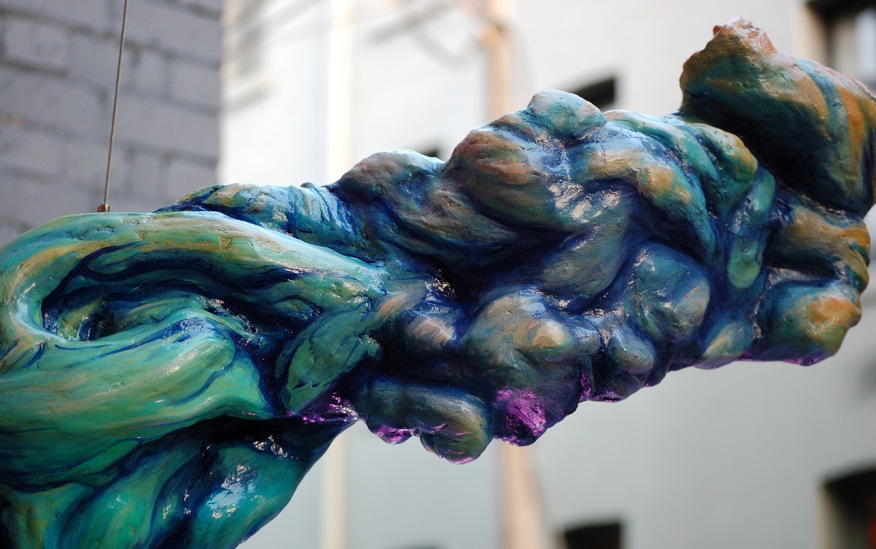 It was great to see my work fully installed for the 2015 BEAMS Festival in Chippendale. The very generous residents of this terrace were happy to lend their entrance to the festival for the evening. This space was a perfect fit for my piece, Shower Funnel Wave Form/Standing in this River on its way out to the Sea, it created the sense of enclosure needed to build on the work’s reference of taking a shower.

As the sun went down the street came to life with lights, performance and the hustle of viewers. The light on my work worked brilliantly, helping to generate a sense of an individual space as well as creating a dynamism.

The soundscape was just loud enough to pull people in to listen closer to the work.

I was super stoked to see that my work had been chosen as the face of the BEAMS App too!

Here’s the blurb that accompanied my work:

Berger’s work seeks to make visible the multi dimensions of time that intertwine with space and matter to create the fullness of reality. The installation consists of a suspended semi-spiral of fleshy storm clouds morphing into a barreling wave from which the resonant sounds of a domestic shower are emitted. “Within the reliable solitude of our daily shower, we are able to turn inward and we are made anew by the washing away of our day and become cleansed; in reality, we are amidst the water cycle, an ancient river diverted into our home. The work recreates and celebrates this daily embrace with nature, and our relationship with the mysterious substance, water”.

Berger has spent considerable time observing domestic space and urban environment looking to pierce the regularity of its stable, constructed surfaces and to coax out both its fluidity and the invisible, over-lapping and coexisting connections that create the spatial-temporal multi-dimensionality of lived reality. In this work Berger uses painting, sculpture and sound to imagine a romantic natural form that sits somewhere between Eugene von Guerard’s gold lit landscapes and James Gleeson’s fresh morphed terrains.